How to measure the temperature? | Labomat

Temperature is, after time, the physical quantity most often measured. What would the weather be without indicating the temperatures?

The right basic knowledge and practical advice prepare you well for your measuring tasks.

Physical basis of temperature as a measured variable

When a physicist speaks of temperature, he designates a quantity which measures the energy inherent in bodies. A body has this energy due to the random movements of its atoms or molecules. When the particles move faster, the temperature rises. Temperature is therefore a state quantity. In common with other quantities such as mass, heat capacity, and others, temperature describes the energy contained in a body, or, as we often say in physics, a system.

The input of thermal energy causes an increase in the speed of the particles: the temperature rises

The extraction of thermal energy causes a decrease in the speed of the particles: the temperature drops

If a body no longer has thermal energy, its molecules are in a state of rest. This state is impossible to achieve in reality. It is designated as absolute zero because there is no poorer energy state. It is assigned the value of 0 K (Kelvin). This is why the temperature in Kelvin is always a positive quantity.

It is quite possible to measure temperature directly in units of energy. But the indication of temperature in degrees has a long tradition and is firmly anchored in physics. This is why we have kept this tradition until today for practical reasons. 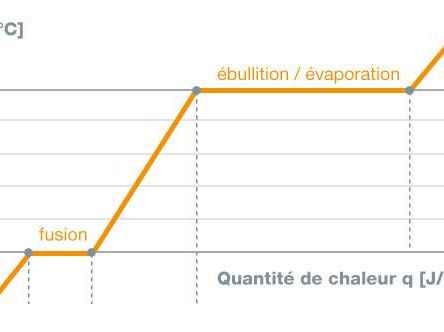 Temperature is shown in Kelvin (K) and measured in degrees Celsius (° C) or Fahrenheit (° F) (in the US and other countries) for everyday use.

The temperature differences are always indicated in Kelvin by the experts.

What is the general structure of a unit of measure? 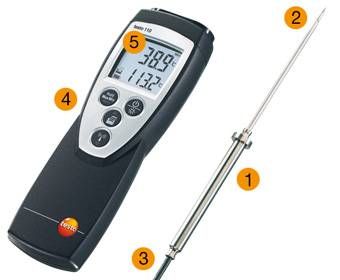 Choosing the right sensor is crucial for the accuracy of the measurement result. But there is no one ideal sensor for all applications:

Extremely fast probes are generally not suitable for measurements in daily work requiring a robust device.

The construction form determines which probe is best suited for a specific measuring task. 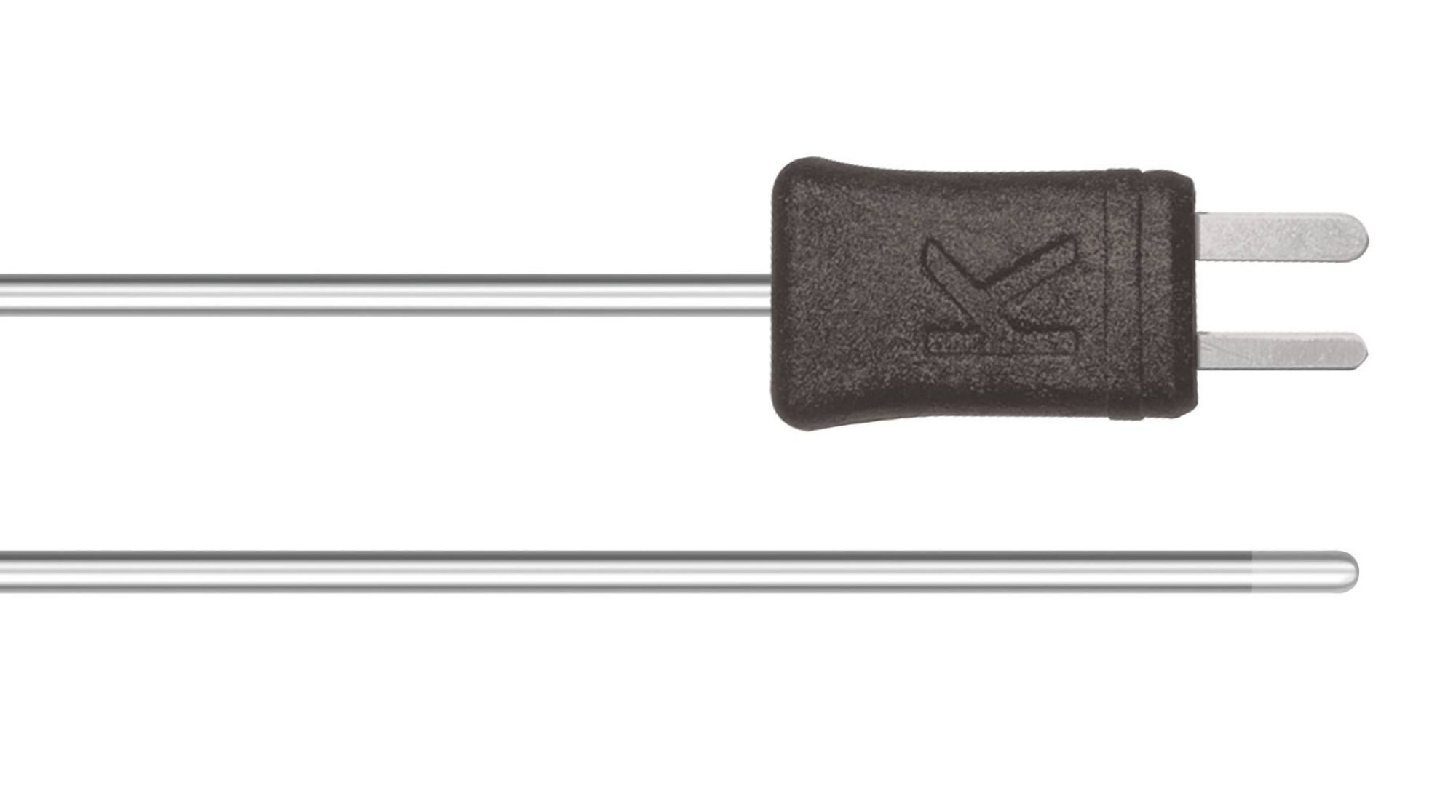 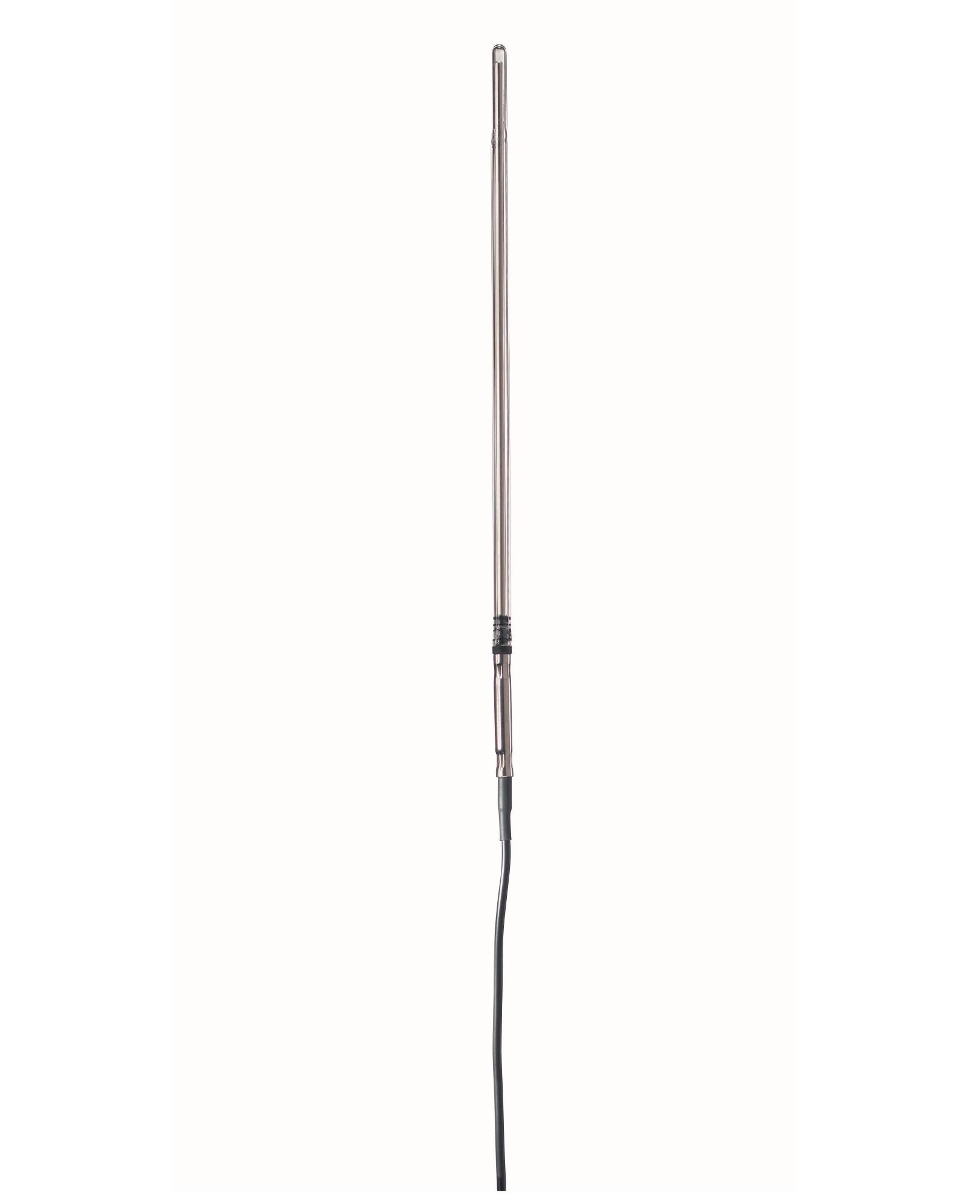 Reference value 0 ° C at a resistance of 100 ohms by a coiled platinum wire.

Temperature sensors based on ceramic mixture of oxides.

Without cold junction compensation - ideal for cold rooms and freezers.

What is the task of a probe?

The probe takes some time to harmonize with the material being measured. A probe has adopted the temperature of the material measured when its temperature is the same as 99% at the outside temperature. This period of time is called time t99.

What forms of construction of probes are there?

There are different forms of construction of the probes depending on the intended application. Just as one uses, for example, another knife to cut bread than to cut meat; there are also different probes to measure the temperature. 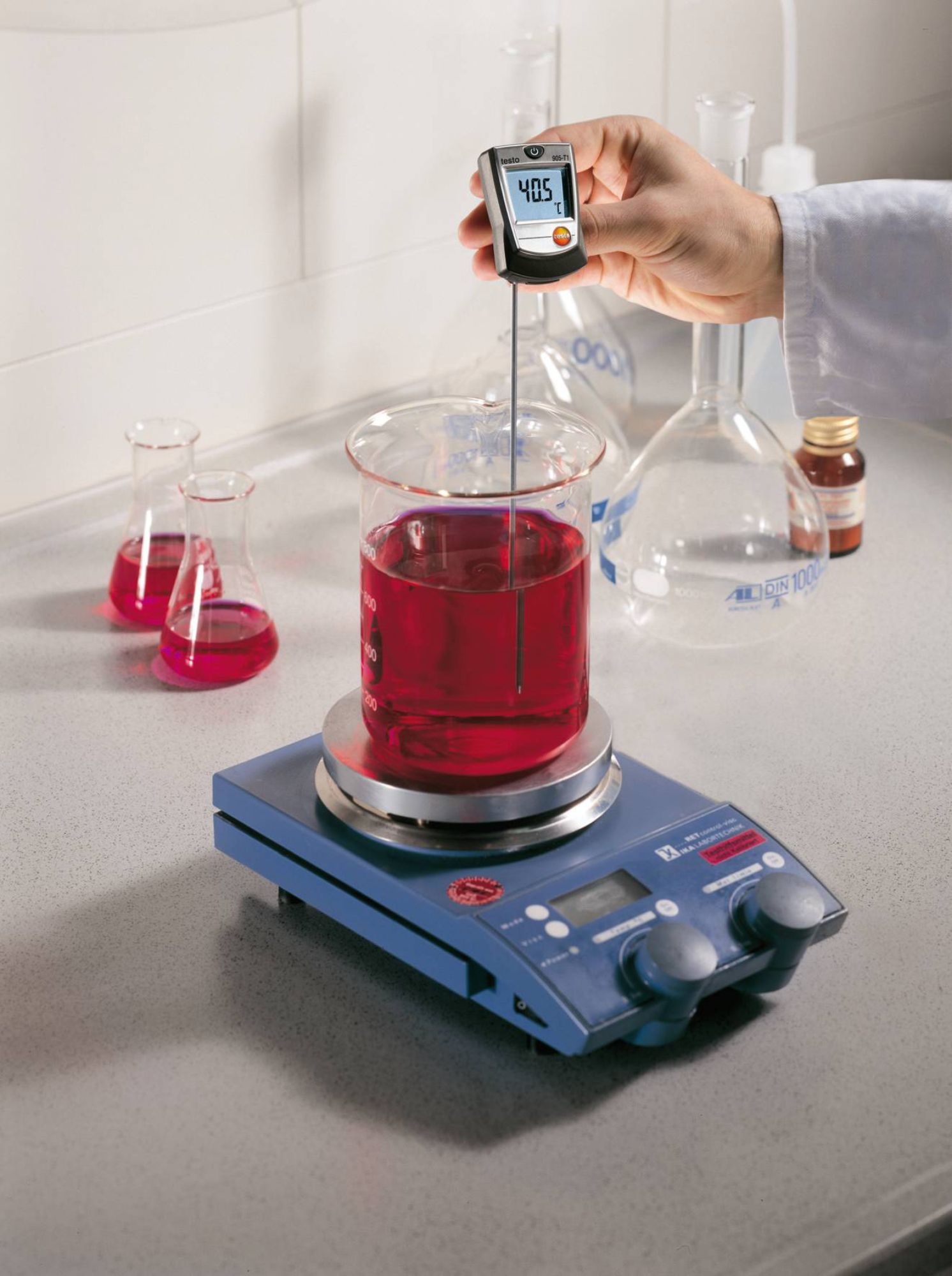 Harmonization of probe and liquid temperatures. 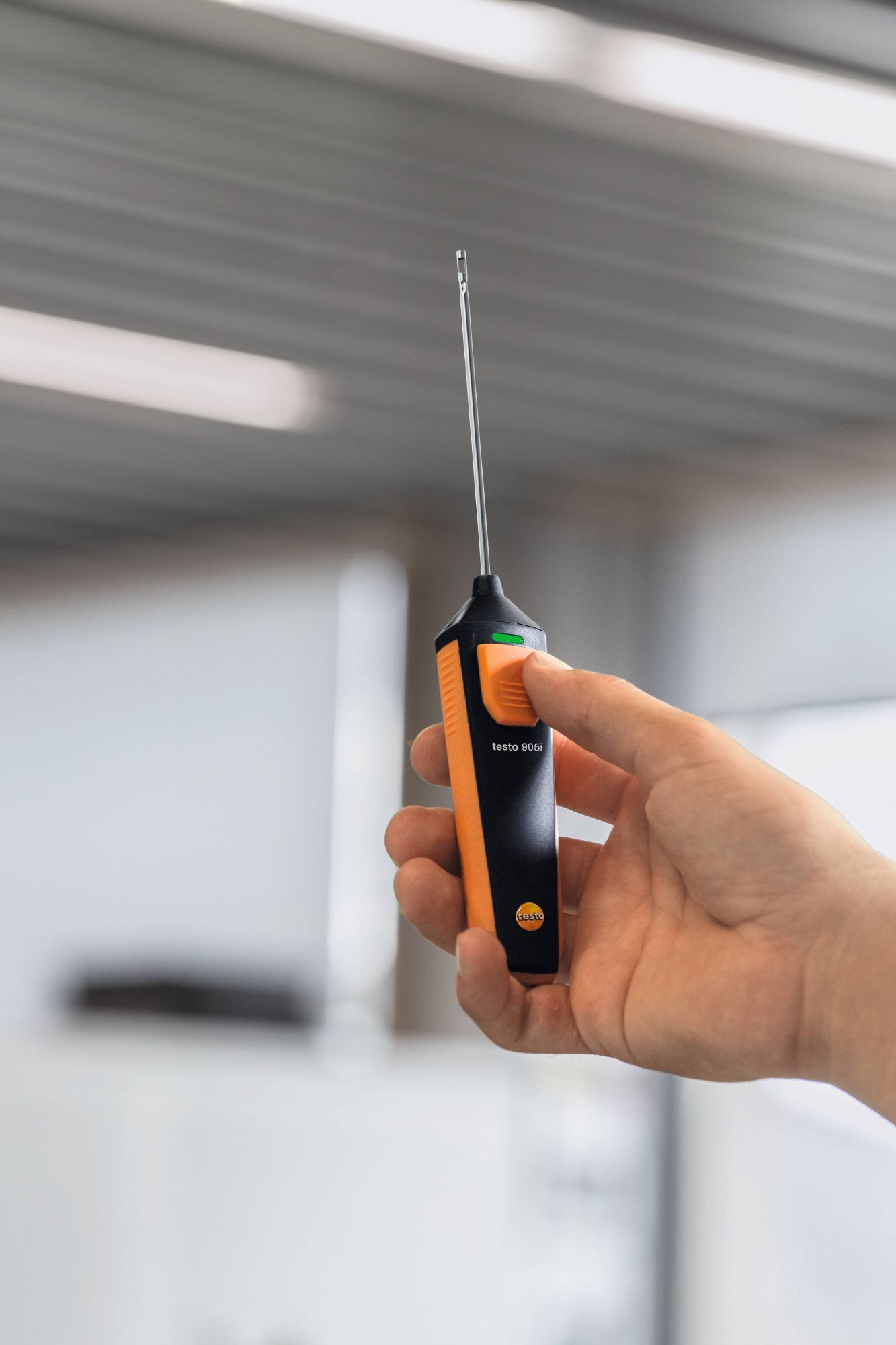 Reduced heat transfer between the air and the sensor.

The sensor is free; good for the impact of air flow. 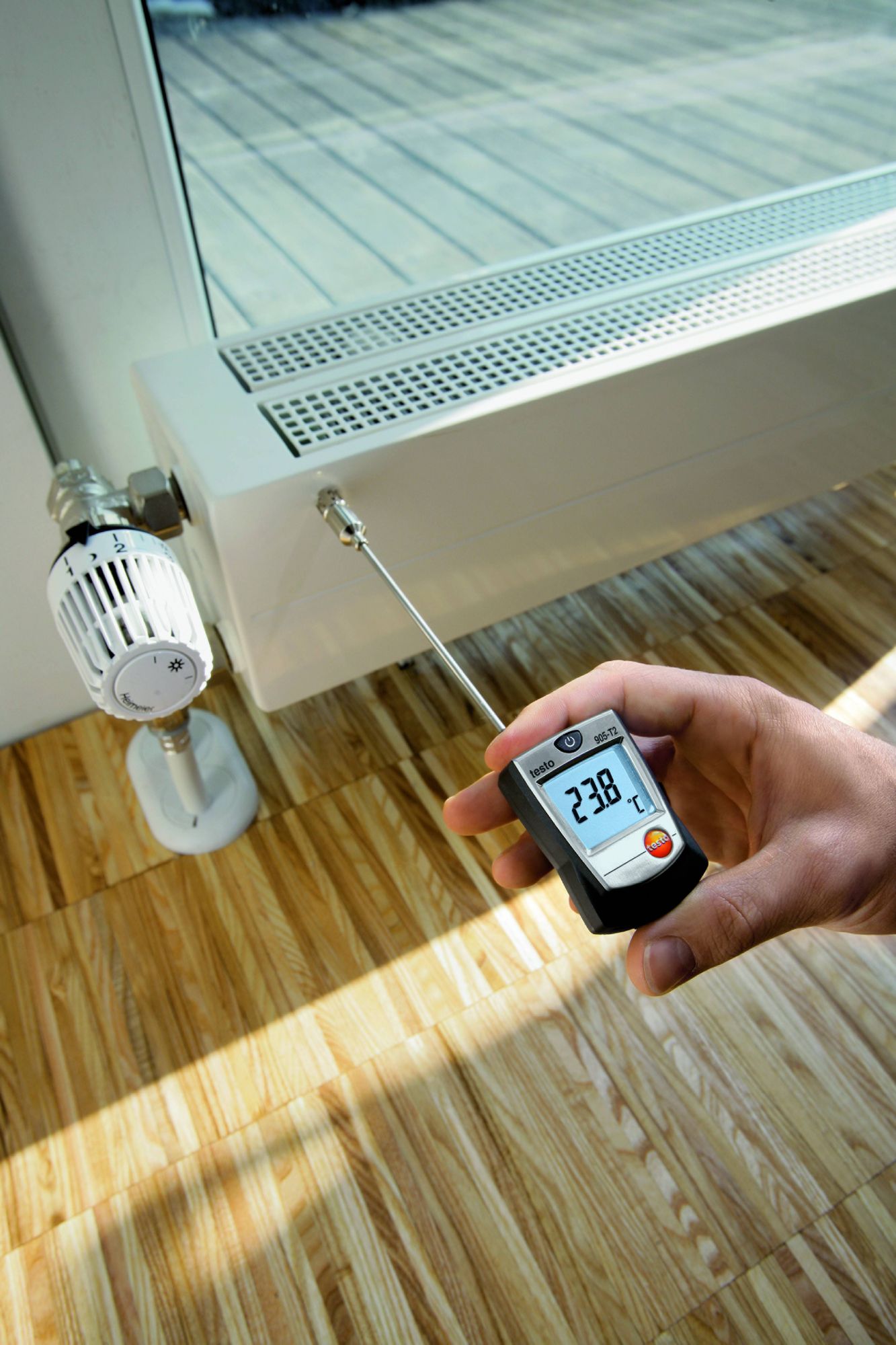 Strong temperature jump, like air has an insulating effect.

During penetration or immersion measurements, the temperature probe is inserted directly into the measurement object. The measurement is finished when the time t99 is reached.

The most frequent measurement errors

To measure the temperature of the moving air, the measuring probe is simply held in the environment to be measured. Ideally, use a room sensor with a free sensor to obtain a short reaction time. The measurement result can be optimized by moving the probe in air at a speed of 2 m / s during the measurement.

Product Details
6 other products in the same category:

What is Dew Point ?

What is Dew Point ?

How to measure humidity?

How to measure humidity?